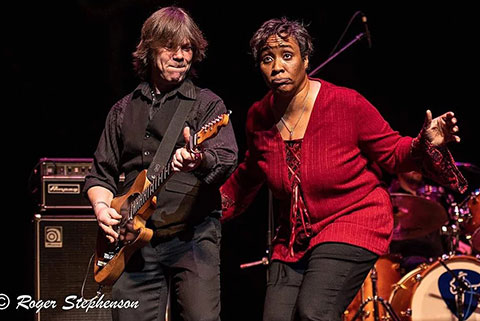 The band Misty Blues has made quite a name from themselves on the local music scene, but now their talents have taken them all the way to finals of the International Blues Competition in musical mecca Memphis, Tennessee.

For anyone who has ever heard the group perform, it's no surprise that the band has made it to the through to the finals, all the way from the original 250 bands, to the top eight, a pretty incredible accomplishment considering the the caliber of musicians the competition draws.

Misty Blues is a Berkshire County based blues band performing since 1999. The band was originally founded to pay homage to the earliest female artists of the genre, but today Misty Blues performs broad selection of classic and original blues. The band has also been know to highlight the blues elements of folk, funk, soul and even some tent revival gospel.

Over the years, Misty Blues has produced five studio albums, Electric Juke Joint features classic blues renditions, Roadhouse Revival is a danceable twist on traditional gospel music, Between The Stacks their completely original album with Charles Neville on sax, With All Due Respect pays homage to the earliest songs of the genre, and Dark & Saucy is an original project toggling between introspective and playfully sassy creations. The core members are Gina Coleman, Jason Webster, Bill Patriquin, Jeff Dudziak, Ben Kohn, Rob Tatten and Aaron Dean.